Home » Romance article » Who was the real Valentine, and why did he have a day named after him?

Who was the real Valentine, and why did he have a day named after him?

Some authorities credit Geoffrey Chaucer with originating the custom of linking Valentine’s Day with lovers. No link between the day and lovers exists before the time of Chaucer, thus leading some to conclude that it was this famous English author who connected the day with lovers. The fullest and earliest description of the tradition occurs in Chaucer’s “Parliament of Fouls” composed around 1380. 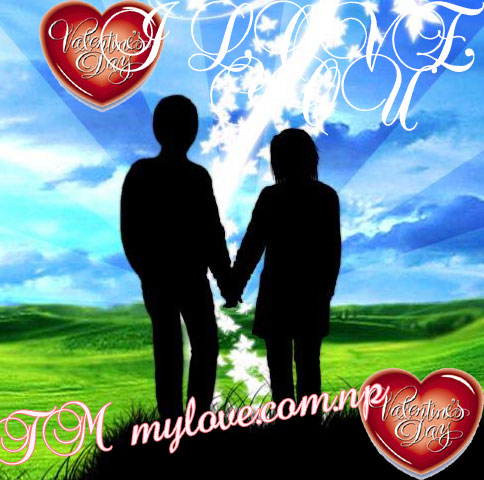 Since that time it has been traditional to connect St. Valentine’s Day with love.
But who was the real Saint Valentine? St. Valentine was a Roman Christian who, according to tradition, was martyred during the persecution of Christians in the third century by Emperor Claudius II. The only thing certain about the day we remember as St. Valentine’s Day is that it commemorates a martyrdom. Claudius II declared all Christians illegal citizens. By his definition, they were guilty of treason because Roman citizens were required by law to worship the Emperor by declaring publicly, “Caesar is Lord!” Of course, this no Christian could do.
The real Valentine was a Roman Christian martyred during the third century A.D. by the Emperor Claudius II. Prior to his death, Valentine continued to minister in prison by witnessing to his prison guards. One of the guards was a good man who had adopted a blind girl. He asked Valentine if his God could help his daughter. Valentine prayed and the girl was given her sight. The guard and his whole family, 46 people, believed in Jesus and were baptized. When the Emperor heard about this he was furious that Valentine was still making converts even in prison, so he sentenced Valentine to death.
Just before being led out to his execution, the young Christian wrote a note to the jailer’s daughter, signing it, “From your Valentine.” The first valentine was really a Christian witness. Growing out of this story we participate in a custom of sending cards to people we love.
Given that the tradition of sending love notes grows out of a letter written by St. Valentine to his jailer’s daughter on the eve of Valentine’s execution, it’s ironic that the card we send has received the emphasis, instead of remembering the content of the original Valentine’s card: a message of unconditional devotion to Christ, even upon pain of death.
Over time the word “Saint” has been dropped from St. Valentine’s Day, further obscuring the origins of this holiday. Instead of a negative reaction to some of the pagan origins of the day, why not celebrate the true love that compelled young Valentine to give up his life?
Remember that the day we know as St. Valentine’s Day actually commemorates the death of an early Christian martyr, Valentine, who was put to death for refusing to renounce his faith in Christ. Instead of chubby cherubs, sappy cards, too much candy, and soon-wilted flowers, why not point your family toward the true significance of St. Valentine’s Day this year?

By all means, celebrate the day, but re-inject it with Christian meaning by resolving to live for Jesus without fear or shame, following the godly example of Valentine’s unconditional love for Christ.
How can you celebrate St. Valentine’s Day in a way that honors the original Valentine, who was martyred for his devotion to God?

First, give your life to Christ.
Second, declare the truth about God’s love even if it costs you something.

Third, become a servant to those you love, rather than demanding that your needs be met. According to pastor Alex Stevenson, we all want to hear the phrase, “Be my Valentine.” It simply means “you are loved.”

This Valentine’s Day, remember that you are loved. God loves you and wants you to be His valentine. The love that God gives us is not like the world’s love. The world’s love is only as sturdy as a paper Valentine’s card. But God’s love is not a flimsy, cheap imitation: it is the real thing. It is an all-giving love that was and is willing to suffer and die for our deliverance.

Will you be God’s valentine? It is your choice. Say yes and give to God the love He desires. And when you do, remember the first Valentine and how he gave everything, including his life, to the God he loved.

Which baby are you? Check your perspective based on date you born!

This site uses Akismet to reduce spam. Learn how your comment data is processed.

Join us on Google +